A Good Game’s a Fast Game 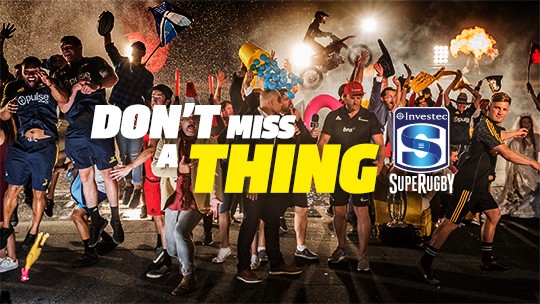 The 2018 Investec Super Rugby season promises super-fast entertainment like no other.

Director Jason Bock from Flying Fish used a high-speed Phantom camera hurtling down a track at 85km per hour, filming it at 1000 frames per second to slow down the spectacle so Kiwi’s, “Don’t miss a thing”.

“There was a fair amount of technological development required to make this shot possible,” says Jason. “We experimented with the length of the set, the speed the camera travelled at and the frame rate to find the sweet spot to bring this slow-mo replay concept to life. Then all we needed was for everyone to nail their performance in each two second take.”, said Bock.

The intriguing footage, which will be used extensively on Sky TV and a variety of digital mediums throughout the season, can be viewed here.

An short insight into the complexity of the production process on shoot day can be seen here.