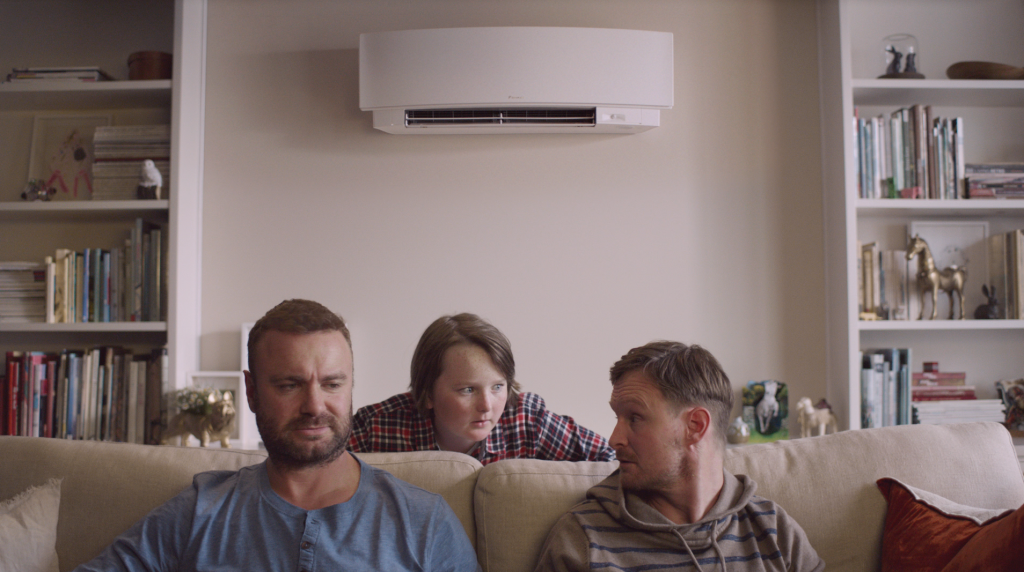 Daikin’s latest campaign via Sugar&Partners aims to cut through the predictable heat pump and air conditioning category norms with an entertaining new direction for NZ and Australia.

“Stepping away from Dan was a very conscious decision for us, it was right two years ago when establishing our specialist credentials – but it’s time the brand stood on it’s own two feet and established it’s own voice and style.” Says David Nash, Sugar&Parters, creative director.

The commercials will run in New Zealand and adapted versions will also run in Australia. Alyssa McClelland of Finch directed the campaign.

The positioning of ‘Creating your favourite places’ speaks to the benefit led approach the brand will be taking, rolling out campaign collateral through dealerships and media placements in NZ and Australia.