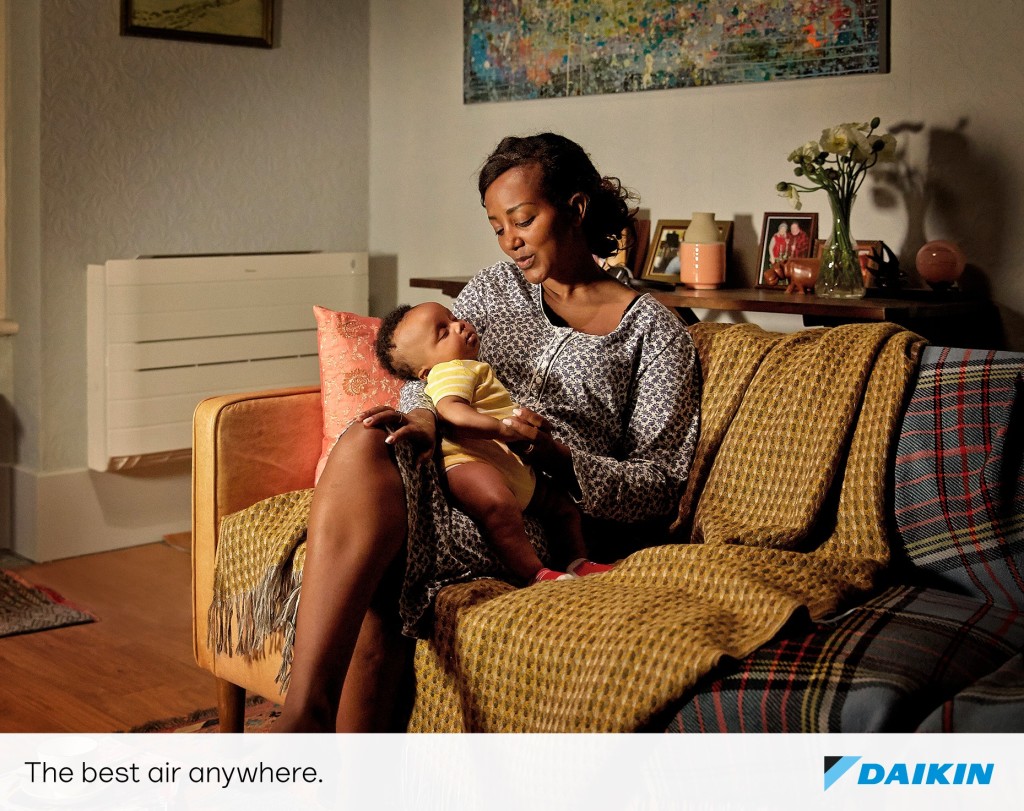 Following extensive research with Australian and New Zealand consumers, Daikin Australasia has developed and launched a new brand campaign summed up by the line Daikin – The best air anywhere.

The campaign was shot by Chris Dudman of Robbers Dog, featuring Roberta Flack’s “The First Time Ever I Saw Your Face”.

The brand 30” is supported by a series of 15” product focused spots, with wider digital and dealer comms rolling out throughout the year. Running in both markets has its challenges with a focus on different seasons; cooling for the hot Australian summers and heating for the cooler Kiwi winters.

“The challenge was to create a unifying proposition that could really work in any part of the world that reflected Daikin’s global credentials.” says Jeremy Johnston, S&P Managing Partner.

“While the choice of families and babies may seem a little obvious – it’s actually wildly different for the category which focusses on technology – rather than making an emotional connection.” says Damon O’Leary, joint Creative Director, “And it really taps into a moment in life when people start to truly think about the purity of their surroundings – the birth of a child.” adds Dave Nash, S&P joint Creative Director.

Daikin National Marketing Manager Dan Tosh praised the choice of song, “Roberta Flack’s stunning track was the perfect fit – it brought the spine-tingling emotion we were hoping for – while effortlessly telling our heating and cooling story.”

This is the second Australasian campaign Sugar&Partners has produced for Daikin, whose Australian connection spans some 16 years with the South Australian Tourism Commission.