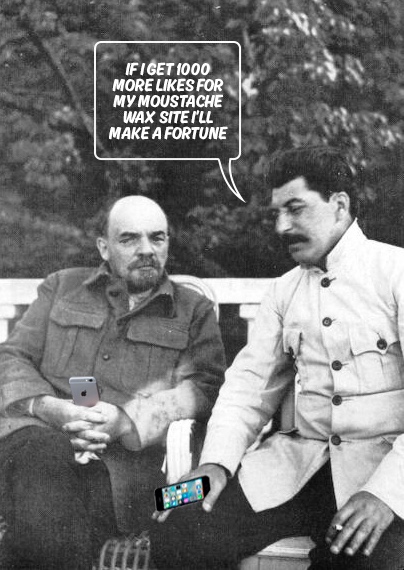 You can forget Stalin and his wax mate Lenin.

The internet and smartphones have redefined what it means to be a socialist.

Socialism (def): A system where production, distribution and exchange are owned by the community.

The dictionary definition is still true, but not in the way Trotsky meant it.

Yes, it would pain Trotsky more than an ice–pick to the ear to realise that socialists are no longer ‘pinko’, lefty unionists forming picket lines to stop the bosses exploiting the workers, but the workers transformed into consumers – spreading the word of brands and kicking Marx for touch at the same time.

How’s that for an economic miracle Karl?

Because with average people endorsing brands in a way that’s so fast and on mass – socialism now brings economic prosperity.

That’s real power to the people – and no secret police taking you in for questioning.