The O’Leary Theory: It’s getting better all the time… 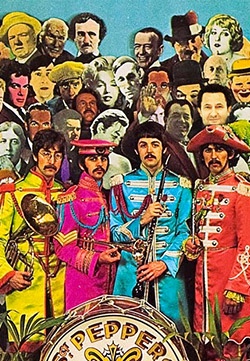 When John Lennon met Paul McCartney, they ‘circled each other like cats’ – according to one onlooker.

But John invited Paul into the group because he knew the Quarrymen needed help.

He recognised that Paul would make ‘the group’ better.

Which was exactly what Paul wanted – a partner who had the same ambition as him.

Paul’s natural optimism blended in brilliantly with John’s anarchic view of the world.

And the combination created music that helped change the world.

But they joined forces because they wanted to do great things.

That was their purpose.

I reckon it’s the same with the best marketers and creatives.

We set out to do great work from the beginning.

We constantly push each other to make the work better.

Which is the whole point of collaboration.

So focussing on the output – ensuring we help each other make the work great – is what I think is more important than anything else.

If we want to make our own Sgt. Pepper.

And take our brands to Number One.