World Vision’s Micro. Make it your business to help theirs. 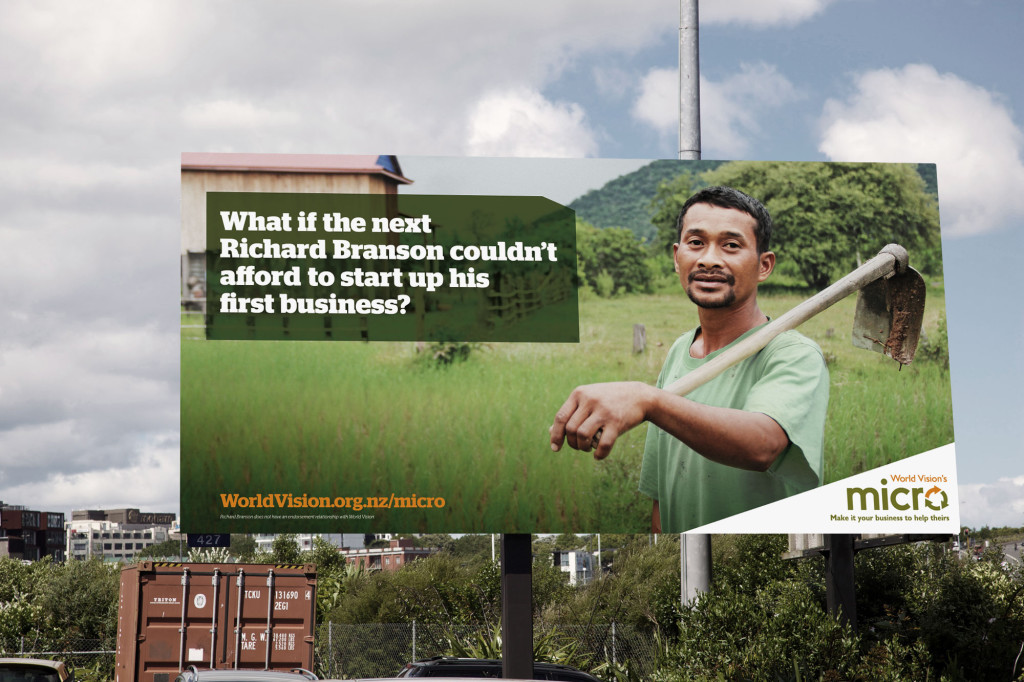 What if the next Richard Branson couldn’t afford to start up his first business?  That is the question a new campaign from Sugar&Partners, MBM & World Vision calls out to business savvy Kiwi’s asking them to make a difference and “Make it your business to help theirs”.

With Branson and other well-known entrepreneurs Mark Zuckerburg, Larry Ellison and the homegrown success story of Trelise Cooper. World Vision explains Microfinance in a way that will engage the target audience and get them thinking.

“Once you understand Micro it is an amazing way to help people help themselves out of poverty. Using famous entrepreneurs and asking ‘what if’ was the simplest way to articulate ‘why micro’ and illustrate the impact you can make” Says Dave Nash, creative director at Sugar&Partners

“Female disempowerment is acknowledged and recognised worldwide as a particular challenge faced by the vulnerable women and girls in the developing world.
Microfinance is a pathway for them to lead independent financial lives where they alleviate poverty.” – adds Dame Trelise Cooper

The campaign will be promoted mainly through highly targeted digital media channels, supported by DM and eDMs, and to build awareness billboards will run in the Auckland CBD area.

“The work we’ve developed with S&P and MBM will help us tell the story in a clear and concise way, deliver greater understating of Micro and lead to a higher level of support,” adds Paul Goldsmith, World Vision Micro product manager.

Sugar&Partners and World Vision have also developed a new website for Micro, creating a simpler user experience, making the process of donating easier and creating a stronger emotional connection to the different industries that you can support. 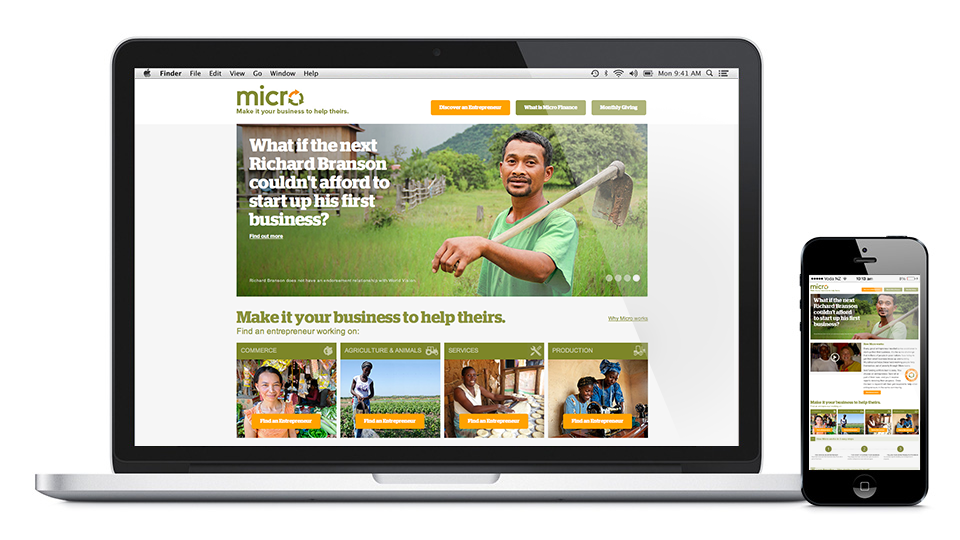